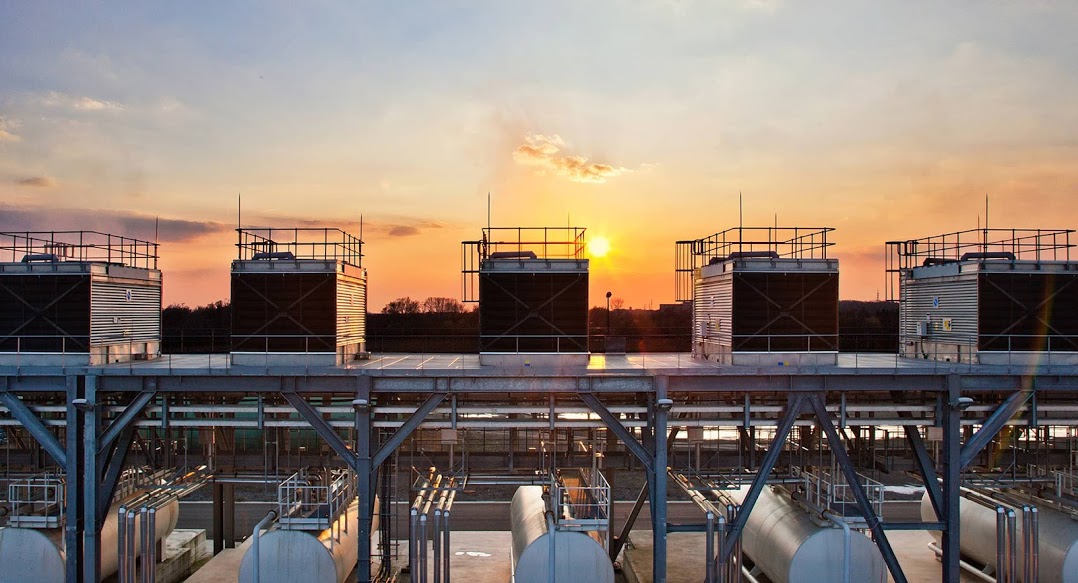 The more sanitized a cooling tower’s water, the more efficient the system. It’s a concept as simple as it is reasonable. Since the main variable in the cooling tower’s system is water, systemic issues will likely relate to the water. As a result, ensuring that the water in the cooling tower consistently meets ideal conditions will be key. Uniformity is one important concept in maximizing the efficiency of any system. The question is, how uniform is the water passing through your cooling tower?

Not properly treating cooling tower water presents numerous issues. It can reduce production, quality, consistency, and even pose health risks to your employees. Let’s review some of the main problems caused by unfiltered water, and how they can be avoided.

By definition, hard water contains a high number of dissolved minerals. These include magnesium, calcium, and other elements. In closed or controlled environments, these trace minerals accumulate on surfaces in the cooling tower. This culminates in a solid layer on a surface called scale.

Scale can be found in many environments where water is utilized. Many industrial uses for water, especially process water, must account for scale. In cooling towers most of all, there is an obvious reason why this can lead to inefficiency. Even a thin later of scale can drastically reduce the heat transfer in the system, and make it inefficient.

Water softeners are the best way to control the growth of scale. Removing the minerals that cause scale ultimately leads to slowed accumulation of scale.

Much like scale, fouling is a process in which substances accumulate on a surface in a closed system. In contrast, fouling includes many other contaminants. Suspended solids, silt, insoluble salts, sand, and microbes such as algae can build up on a surface in a cooling tower.

Fouling results in rapid efficiency loss due to a layer forming between the metal and water. Unlike scale, fouling is usually found in greater quantities and does not form a hard layer. This means it can even plug important elements in your system, like pipes or heat exchangers.

Contaminants that result in fouling can sometimes be removed with chemical dispersants. However, this is dependent on where the fouling is taking place. It may be more practical to filter the water in many stages of the cooling tower process.

Enclosed freshwater environments, particularly mineral-rich ones, are a breeding ground for microbes. Algae, bacteria, and worse can multiply rapidly in these conditions. In particular, pathogens like legionella (legionnaire’s disease) could cause harm. This makes microbial contamination the most serious challenge for cooling tower environments.

Any enclosed environment can support microbial contamination. As with the case of legionella, it can spread easily throughout a building’s water system. It won’t be restricted to just the cooling tower. In fact, it could affect your own employees for this reason. Legionella can cause severe symptoms and can be lethal if it is allowed to persist.

The best way to prevent microbial contamination is through consistent testing and filtration. Surface water will always run the risk of carrying microbes. It is the responsibility of the enterprise managing a cooling tower to filter the water and prevent microbial growth.

Over time, gasses in the air will dissolve and permeate into bodies of water. Some of these gasses containing oxygen (like CO2) will degrade the metal in the cooling tower. During an electrochemical reaction, these gasses are released and oxidate the interior of the cooling tower. This type of corrosion leads to equipment failure and loss of heat transfer. In some cases, it can also perforate the metal, which burdens a plant with downtime and expensive repairs.

The most common type of corrosion spreads across a metal surface evenly. This is a major factor in fouling, as seen above. In some cases, though, corrosion can be concentrated in smaller areas. This is referred to as pitting. Pitting can quickly rupture the metal surface, and won’t often be noticed until it’s too late.

Even before such a drastic incident occurs, corrosion poses other problems. Corrosion can foster an environment suitable for pathogens like legionella and cause irregularities in water conditions. Corrosion-resistant metals such as stainless steel can help reduce this risk. Yet filtration remains unique in that it solves multiple problems at once. Even if corrosion does occur, filtration can slow the rate at which it occurs. It also helps to stabilize conditions so that additional contaminations don’t occur.

As you can see, all of these issues are interrelated. Fouling leads to scale. Scale leads to corrosion. Corrosion leads to microbial growth. Microbial growth leads to fouling. There are countless ways these can be rearranged in any order, and each one can happen independently. That is why it is critical to filter a cooling tower environment.

Learn more about your options for cooling tower filtration systems today. Review our products page or call us now for a consultation on your cooling tower system.

This website uses cookies to improve your experience while you navigate through the website. Out of these cookies, the cookies that are categorized as necessary are stored on your browser as they are essential for the working of basic functionalities of the website. We also use third-party cookies that help us analyze and understand how you use this website. These cookies will be stored in your browser only with your consent. You also have the option to opt-out of these cookies. But opting out of some of these cookies may have an effect on your browsing experience.
Necessary Always Enabled
Necessary cookies are absolutely essential for the website to function properly. This category only includes cookies that ensures basic functionalities and security features of the website. These cookies do not store any personal information.
Non-necessary
Any cookies that may not be particularly necessary for the website to function and is used specifically to collect user personal data via analytics, ads, other embedded contents are termed as non-necessary cookies. It is mandatory to procure user consent prior to running these cookies on your website.
SAVE & ACCEPT